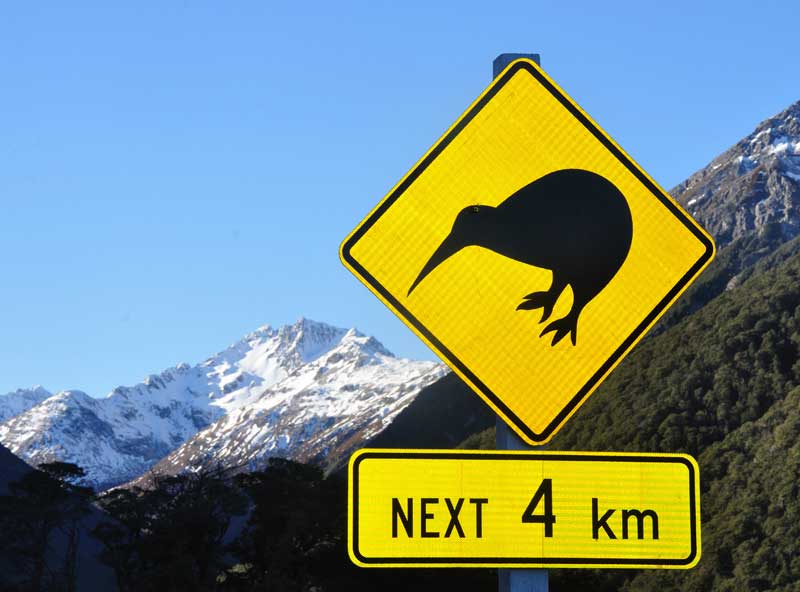 Posted at 06:04h in Asia-Pacific by guest 0 Comments

When venturing to new countries we seek travel tips from locals on customs, laws or local slang that may enhance our visit. Before our recent 21-day adventure to New Zealand, Wandering Rose connected with Auckland native Harper Reid to gain some wisdom. Here are 12 things Harper thinks you should know before you arrive:

New Zealand is serious about protecting its native flora and fauna. To avoid any issues, travelers aren’t allowed to bring in things that may cause harm. These may include fruit, plants, and animal products.

Somewhat confusingly, the word ‘kiwi’ in New Zealand has two meanings. It refers both to an inhabitant of the country and its national bird. It’s not usually used to refer to the common brown and green fruit – this is called kiwifruit in New Zealand. Don’t mix them up, or you might scare the locals!

…Baldwin Street, in Dunedin. You can walk it if you’d like – or perhaps you’d prefer to visit during the annual Jaffa Race. (Jaffas are chocolate balls covered in a red shell – an iconic New Zealand sweet.) The event is on pause for now, but locals are crossing their fingers that it’ll be back soon.

You don’t need to tip

If you’re from the United States or Canada, this might feel strange at first, but you’ll get used to it. While tips are appreciated, they’re by no means necessary.

New Zealand’s entire population is less than many international cities

Clocking in at just under five million inhabitants, New Zealand is sparsely populated. Outside of the major cities, it can feel quite isolated. This makes for great exploring, though. You’ll be able to get up close and personal to incredible scenery without the crowds.

There are more sheep than people

As you’ve just learned, about five million people call New Zealand their home. However, so do more than 20 million sheep – that’s four sheep per person. Watch out for these gorgeous creatures as you travel the country – you’ll see plenty of them!

You wouldn’t either if you’d grown up hearing the catchphrase ‘be a tidy Kiwi’. Don’t ever throw your rubbish on the ground or out of the car when you’re visiting New Zealand. You’ll likely get a few dirty looks, and possibly a stern warning or two.

New Zealand is the home of the flat white

…No matter what those Aussies say. Flat white is the preferred way Kiwis order their coffee. New Zealand’s coffee is exceptional. Wellington, in particular, is ideal if you’re searching for the perfect cup.

New Zealand is most famous for its sauvignon blanc, but there are plenty of other lovely wines made here, too. There are wineries in seemingly every part of this little country, making it easy for you can try a new type everywhere you go.

One nationwide policy is to ID anyone who looks under 25 when they want to buy alcohol. The drinking age is 18, but expect to have to carry identification. If you’re from overseas, only a passport will suffice.

New Zealand may be a small country, but don’t be fooled. You won’t run out of things to do here, no matter what you’re interested in. Choose between adrenaline-pumping activities or quiet hikes through picturesque trails – or sample both. You can also go surfing, fishing, swimming, sailing and diving – or even climb mountains.

Many signs are in Maori

English is most commonly spoken language, but you’ll also hear many Maori names throughout New Zealand. Maori words are often used in daily speech, too – “kai” for food, “tamariki” for children, and “aroha” for love. It’s a great idea to try learning a few common Te Reo phrases before your trip.

Harper Reid is a writer born and raised in Auckland, New Zealand. She has visited many towns and cities around the country – and whenever she returns, she falls in love with each of them all over again. For more, visit her personal blog.