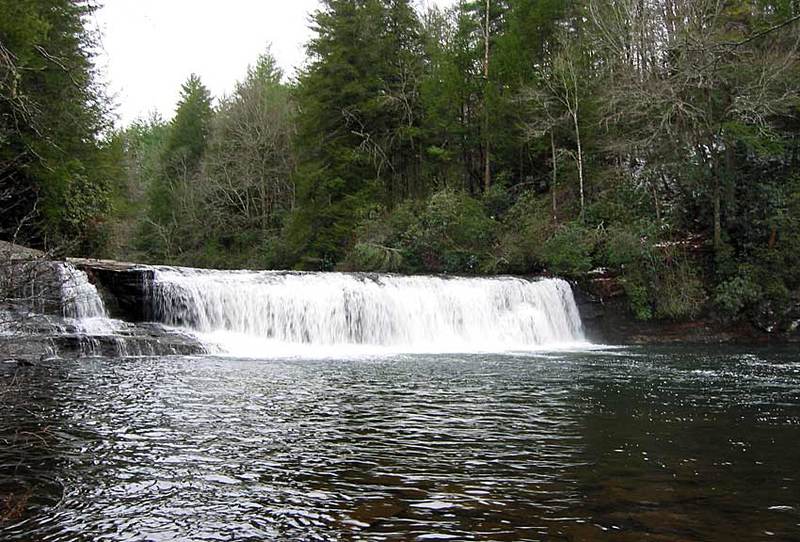 How did an industrial site become a forest attracting hikers, equestrians and mountain bikers from across the United States? 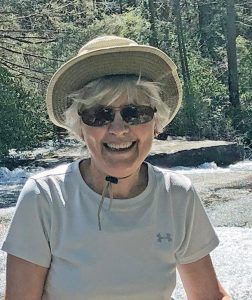 DuPont Forest: A History by Danny Bernstein tells the story of the forest from the early settlers, through the DuPont Company era, to the creation of DuPont State Recreational Forest. The following article is an excerpt from the book, adapted for Wandering Rose readers.

A committed hiker since her early twenties, Danny has hiked the Appalachian Trail, all the trails in Great Smoky Mountains National Park, the South Beyond 6000 peaks, the Mountains-to-Sea Trail across North Carolina and three Caminos de Santiago.

Previous books include two Southern Appalachian hiking guides, The Mountains-to-Sea Trail across North Carolina and Forests, Alligators, Battlefields: My Journey through the National Parks of the South to celebrate the 100th anniversary of the National Park Service.

I’ve been hiking in DuPont Forest for years, watching it grow and get more popular over time. Each year, the number of visitors increases. The forest lies between Hendersonville and Brevard, North Carolina in the southwest corner of the state. The big cities, big being relative, are Asheville, NC, to the north and Greenville, South Carolina, south.

As of now, the forest encompasses over 12,000 acres, small compared to Great Smoky Mountains National Park which is over 500,000 acres. DuPont Forest, part of the Land of Waterfalls, has steep slopes and hard rock that does not erode, creating the right conditions for waterfalls.

Is there anyone who doesn’t love waterfalls? The sound of rushing water, the rocks that remain covered by water or poke out during a drought. The water level is different every time every time you visit. The wind blows the water a unique way, shifting the flow. Sometimes the air is still. Rhododendrons and mountain laurel framing the rocks change the perception of the scene. 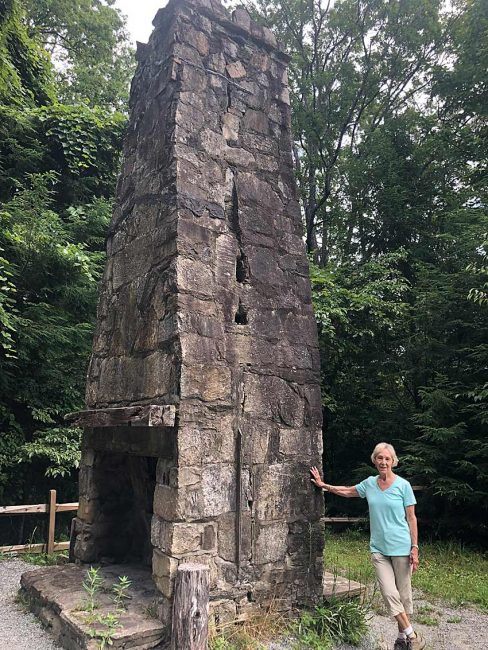 Today I want to experience the three most popular waterfalls on the Little River as most visitors see them. At 9:30 this morning, the High Falls Access Area is almost empty. Mountain bikers remove their bikes from their car and twiddle with their shoes. I put on my boots and Tilley hat, my hiking uniform.

I start on the High Falls Trail, a path built for hikers, and then turn on High Falls Loop Trail. Like most wide trails in DuPont Forest, it must have been a road in the past. A stone chimney with a double fireplace sits across from the falls. This chimney with only a date, April 28, 1941, engraved in the concrete first sparked my interest in the history of DuPont Forest.

The chimney is the only remnant of Buck Forest Lodge, a hunting club which operated until 1956 when its owners sold their land to DuPont Corporation. A covered picnic shelter was rehabilitated in 2006 by Friends of DuPont Forest. Mud tubes cling to the ceiling side of the shelter. The organ pipe mud dauber (Trypoxylon politum), a predatory wasp, lives here. According to Wikipedia, organ pipe mud daubers are an exceedingly docile species of wasp and generally pleasant to have around, as they serve to keep spider populations down. Really? No wasp is pleasant to have around. I’d rather have the spiders, but today I can’t see any creatures around the mud tubes.

I continue to Triple Falls, which also has a picnic shelter. Close by, there’s a large round stone table that looks like an old millstone. A round piece of metal is attached to the top like a Lazy Susan, but it does not rotate. Wooden stump seats all around makes it perfect for children’s birthday parties.

At the top of the staircase leading to the falls, there’s a caution sign that has frightened some people. “Danger Serious injury and death have occurred here”—as if the waterfall was going to reach out and grab you. Still, every year, a few people climb to the top of waterfalls, slip and fall. Sometimes they just break a leg. Other times they plunge to their death. The waterfalls are not inherently dangerous; the water flows to its own rhythm. It’s up to us, the visitors, to not get too close to the falls.

A few years ago, I watched as a young well-dressed couple read the sign, took it seriously and walked away without exploring this wonderful spectacle. I wanted to tell them, “Wait, come back. Walk down the stairs. The waterfall is completely safe.” But they were taken in by the over-the-top signage and missed what some say is the best waterfall in DuPont Forest.

A long set of steps built by volunteers from a nearby community college leads to flat rocks between the upper two falls and the lower falls. All together, Triple Falls is about one hundred feet tall. I must have hundreds of photos of these falls, but I take more. Each time I come here, the water level is a little different, so the pictures are different. But the falls always run; they never seem to go dry.

Before the scary signs, before the long set of steps were built, Triple Falls was the setting for The Last of the Mohicans. The 1992 movie was shot at several waterfalls while the land still belonged to DuPont corporation. Fast forward to The Hunger Games (2012) where many scenes were filmed in the Forest, now managed by the NC Forest Service. They even made use of the Airstrip Trail, another part of DuPont Forest history.

I’m back on Triple Falls Trail where trailing arbutus hides under rhododendrons. A few patches of purple and halberd-leaved violets cover the forest floors. By now, visitors have started to stream in. A few people climb up the steep trail to Triple Falls, while many linger on rocks lining Little River. I cross the river over a beautiful wooden and metal bridge and head to Hooker Falls. 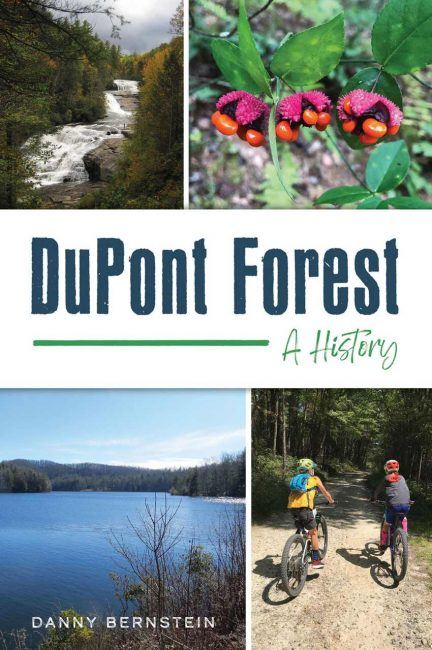 Hooker Falls is the most accessible of the three falls. Parents roll strollers down the trail, but they really struggle on the way back up. The wide C-shaped waterfall is only about fourteen feet—not much—but the volume of water is remarkable. It empties into a huge plunge pool. In the summer, the area is like Coney Island – or Myrtle Beach – depending on your cultural reference. Visitors bring coolers, blankets, folding chairs, and dogs. Today, a few people take photos from various vantage points.

Back at the DuPont Forest Visitor Center, I listen as the volunteer on duty explains to a family that they could visit two waterfalls in two miles or “three for three,” as if the waterfalls were on sale. “Go for the three waterfalls,” I want to tell them. No other waterfalls are going to be so beautiful and so easy to reach.