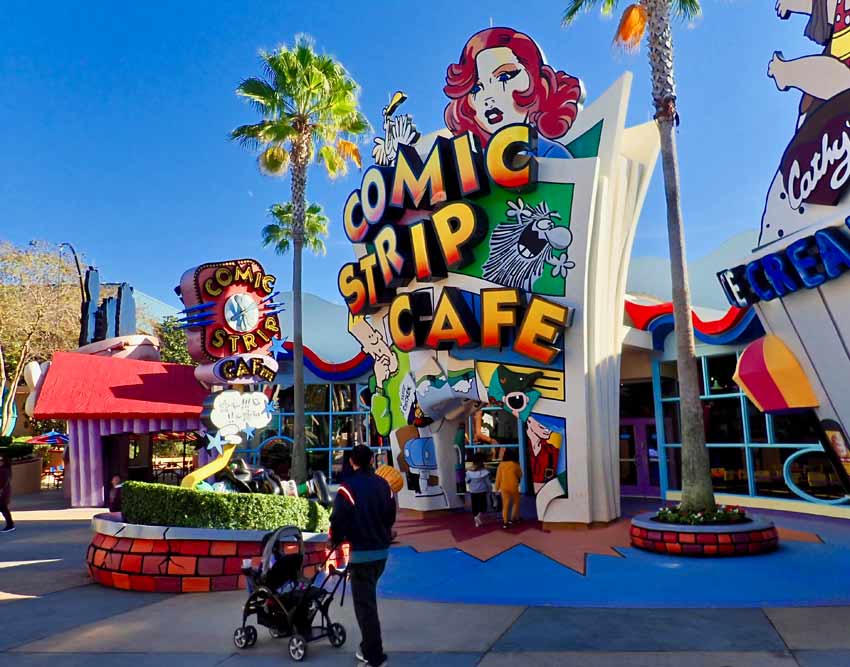 Posted at 16:10h in United States by Jim Tobalski 0 Comments

We love Florida temps in winter

We’re not trying to relive our youth because that could be dangerous. But we are purposely vacationing at iconic attractions while our bodies can still survive the plunges, twirls, thrills and decadent cuisine of America’s playgrounds.

Last year I wrote about our (my wife and I) vacation at Orlando’s Disney World (Disney World welcomes two active baby boomers and Disney World planning tips for baby boomers). This year we chose Florida’s Universal Studios in early December. Here’s our story – I hope it helps you plan a similar adventure.

In addition, Wandering Rose Travels has published a second article about this vacation – a photo story about Christmas at Universal Studios. Other than a holiday cruise, we have not vacationed during the Christmas season. You might also enjoy the photographic Yuletide stroll through fantasyland.

Our planning centered on weather and crowds

We planned our visit to avoid the heat, humidity and crowds. And we nailed it. Our research led us to the first week after Thanksgiving. Makes sense. Everyone is recovering from turkey week and Black Friday. Kids are back in school. And holiday travel hasn’t quite begun.

The Universal Studios’ parks were busy, but not crowded. We rarely waited more than 15 minutes in line for any attraction. We purchased Express Passes for two-parks-a-day to decrease our waits but, quite honestly, we wouldn’t have needed them about half of the time. Although I still recommend paying extra for Express.

As far as temperatures and weather, we wore jackets in the morning and evening and shed them during mid-day when the temps reached 70. Perfect for us, while others may like it warmer. The downside to this time of year? The Volcano Bay water park wasn’t an option, but we’ve reached the age where we avoid plummeting 50 mph down a water slide, flailing in a retention pool and wondering if our swimsuits are hanging around our ankles or necks.

Here’s our big disclaimer: we haven’t read any of the Harry Potter books or seen the movies. Yet we enjoyed Universal Studios more than Disney World. Just being honest. I’m not trying to start a debate. Here are some highlights.

Less popular but lots of fun

Some Universal attractions are oldies but goodies, if you have the time. We spent three and a half days in the parks and experienced almost everything.

As baby boomers, we still enjoy posing with our favorite movie celebrities. We did that often with characters such as Marvel’s Cyclops, Rogue, Storm, Doctor Doom and the Green Goblin, as well as Marilyn Monroe, the Penguins, Meerkats, Popeye and Olive Oil.

The shows and extravaganzas really impressed us. I’ve already written about the Christmas-themed entertainment. Our two non-holiday favorites took place at dusk: the lighting show projected on Hogwarts castle and Universal’s Cinematic Celebration that choreographed music, water, light and fireworks. Instead of using movie screens, they projected famous film scenes on the spray of water. Amazing!

We also enjoyed the Blues Brothers musical and dance show. Jake and Elwood arrived curbside in their famous Dodge Monaco with mounted megaphone on the hood. And the Harry Potter singers accompanied by croaking frogs is a cannot-miss.

We chose Universal’s on-property Cabana Bay Beach Resort for accommodations, its lower-end hotel. We typically don’t pay a lot extra for upscale hotels if we don’t plan on spending a lot of time inside. We got a great deal on the room price. It was very clean. The staff were excellent. It featured pools, lazy river and bowling alley. And the dining room was, well, a cafeteria catering to families and lower budgets. Our only complaint – poor WIFI on all of our devices.

We ate at a variety of restaurants on Universal’s City Walk. Our favorites were Vivo Italian Kitchen and the Toothsome Chocolate Emporium & Savory Feast Kitchen. In the parks, we sampled lots of street vendors and enjoyed the food and movie clips at Universal Studios Classic Monster Café.

The Universal Studios app worked well during our visit and saved us from wasting time hurrying to rides that experienced technical delays. The park also takes an electronic fingerprint during your first entry and then uses that to identify you upon re-entry. That’s a high-tech strategy when it works; ours failed 50 percent of the time, yet the staff were nice and apologetic even when we got impatient with the glitches.

Overall, the short lines and Christmas trimmings pushed this vacation from a solid B to an A+. And it proved that our bodies still contain a whole-lot-of-kid inside.