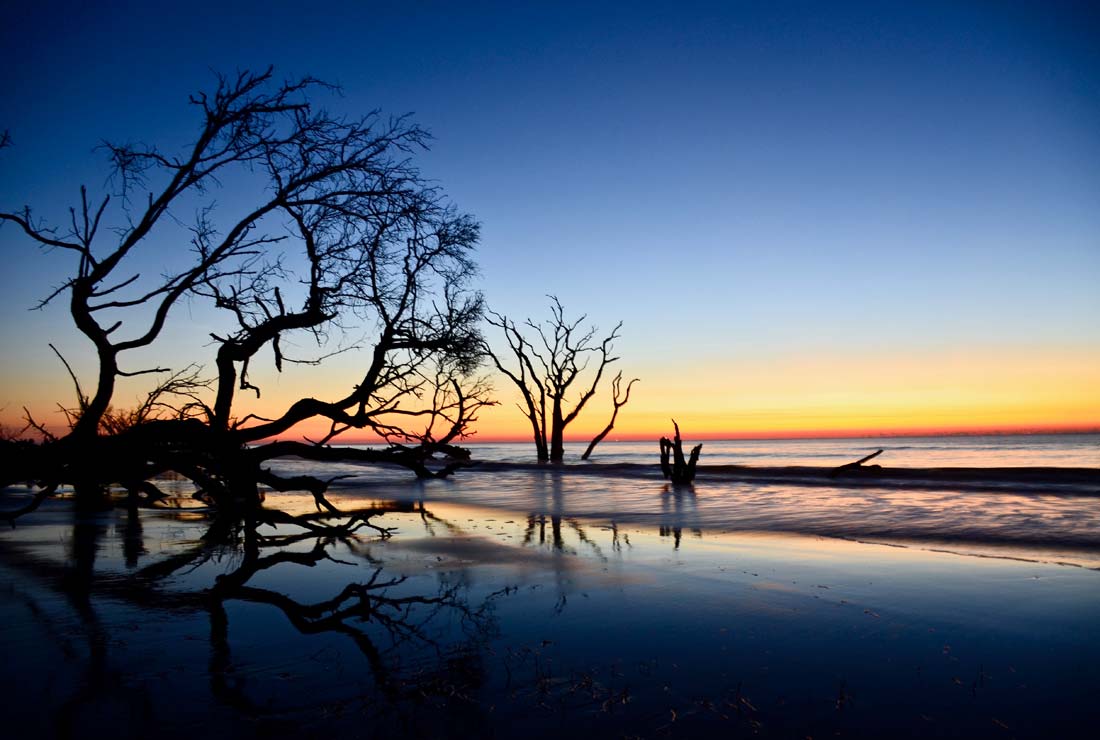 Posted at 12:03h in United States by Jim Tobalski 0 Comments

I like ghost tours, history, forts, battleships, seafood and grits. Charleston’s reputation as a great southern city is well deserved. And I’ve gained a pound or two dining on its reputation and low country fare.

Recently, though, Wandering Rose Travels staff vacationed in Charleston and soaked up its outdoor wonders, while still making a commitment to tasting the area’s incredible cuisine.

Center for Birds of Prey

Sometimes expectations are exceeded, like at the Center for Birds of Prey, located just north of Charleston. It’s an organization dedicated to education, research and providing medical care for more than 600 birds a year.

We purchased tickets for a tour and flight demonstration. We learned a lot about eagles, hawks, owls, falcons, kites and vultures. The naturalists and staff were engaging and dedicated to their mission. The center offers other programs, such as Owls by Moonlight, which two people on our tour had attended and rated as fantastic.

The day of our visit, we also watched the release of a bald eagle back into the wild that the center’s staff had rehabilitated after injury. It was an honor to witness.

We’ve visited other similar wildlife centers. This one, though, stands out among the group. It’s nestled in a great low country forest and the flight demo area is the size of a baseball field. This is a must-see for anyone interested in wildlife and the environment.

See more photos from our visit with the birds of prey

Have you been in awe? We have.

Cape Romain National Wildlife Refuge is a great place to experience awe. We recently joined Coastal Expeditions for its once-a-month sunrise trip to Boneyard Beach, which is along Bull’s Island, part of the Cape Romain National Wildlife Refuge near Charleston. During the early morning of excursion, the night sky and stars shone brightly. Plus we viewed a meteor shower during the boat ride over to the island, which certainly can’t be planned. If you wander a lot, sometimes amazing things happen.

This trip was special. After the spectacular sunrise from this maritime forest and beach, we roamed the island and shelled during low tide. We carefully collected from a beach smothered in shells and enjoyed the antics of shorebirds. We saw eagles, marbled godwits, sandpipers, herons, egrets, ducks, cormorants, ruddy turnstones, a peregrine falcon and other winged-wonders.

This destination inspires. One of our Wandering Rose writers has visited Bull’s Island approximately 12 times over the past three years. Read about his intimate outdoor experiences at Cape Romain in this WRT blog.

It’s not the biggest or the newest, but Charleston’s aquarium offers a variety of attractions and educational activities. We were impressed with the Sea Turtle Care Center whose staff nurses sick and injured sea turtles, important because all seven species are considered threatened or endangered.

We fed stingrays in the shallows tank and touched an alligator in the coastal plains exhibit, of course, with permission. The aquarium staff interacted with visitors and I was particularly impressed with the volunteer who proudly boasted that its oceanic tank was the tallest in the country.

For kids (and child-like adults), the touch tank gives everyone an opportunity to get close to marine life such as crabs, urchins and rays. And for big people, the aquarium offers evening events with food and drinks, such as Oyster Fest and Havana Nights.

We hiked the I’on Swamp Interpretive Trail located in the Francis Marion National Forest just north of Charleston. It’s a two-mile path that follows the abandoned rice field dykes along the remnants of Witheywood Plantation. Like most wetlands and swamps, the most comfortable hiking experience occurs in spring and fall.

This national forest features other activities. And while we didn’t have the opportunity during our recent trip, next time we plan on taking in the nearby Sewee Visitor and Environmental Center, which includes exhibits, fishing ponds, walking trail, butterfly garden and several endangered red wolves.