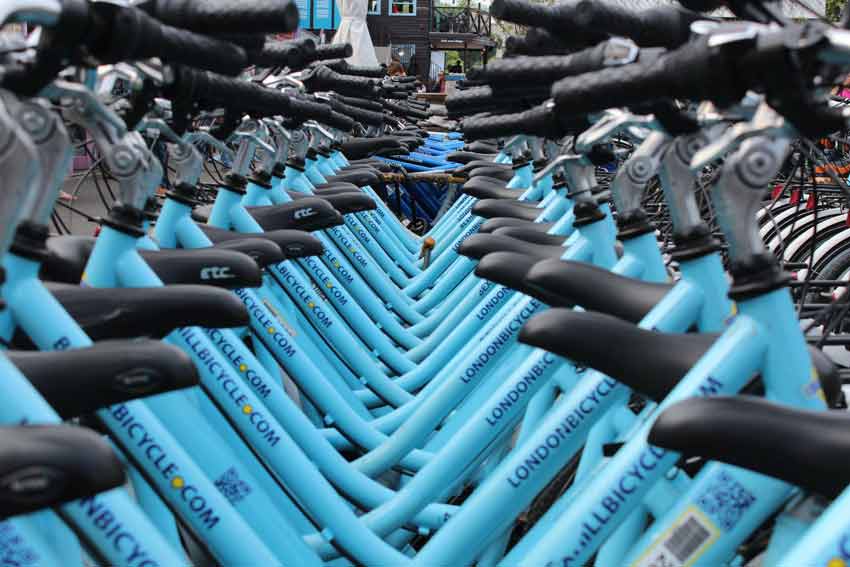 09 Jan Try a bike tour next time you visit London

The English suburbs outside the capital are perfect for quiet, relaxing visits. However, if you want something a little livelier, there are few things better than hopping on a bike and exploring grand, old London. Thankfully, there are plenty of touring companies that offer guided bike tours of the city.

First-timers will want to take the classic bike tour that includes Buckingham Palace, St. Paul’s Cathedral, Covent Garden, Westminster Abbey and Trafalgar Square. This historic tour is understandably one of London’s most popular bicycle attractions. Bring a water bottle because the ride can go as long as three hours – although you can request a shorter tour. Don’t worry too much about biking in the big city – follow your tour guide’s instructions and you’ll be safe. Just remember that Londoners drive on the left side of the road, so ride, signal and look out accordingly.

For a bit of an unusual London bicycling experience, check out the Tally Ho! cycling tour company. They offer rides on vintage English bikes as well as themed tours where you can learn under-appreciated city facts as well as visit some of London’s hidden gems. The Telegraph’s Sherelle Jacobs recalls going on the quirky company’s gin-themed East End London cycling tour. After sampling fruit-flavored gins with different tonic waters at Jensen’s, it was a relaxed ride through the East End’s cobblestone alleyways, including up-close views of the Battle of Cable Street mural, Millennium Bridge and the Jacobean churches in the area. This was capped off by another gin cocktail back at the hotel base. 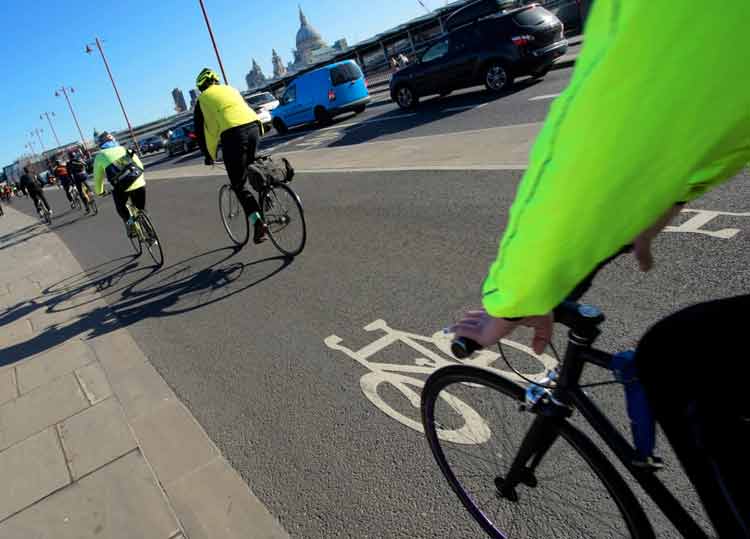 Plan your own ride at Brent

The borough of Brent is a known bicycle-friendly area that’s just west of central London. If you follow the rules of the road, it’s pretty much safe to cycle alone or in pairs unaccompanied by any official guide. For instance, in the South Kilburn area you’ll find Carlton Vale, Brent’s first segregated cycle route and one of the safest scenic cycling routes you can take in London. You can also head south of Brent to rent a bicycle around Wembley, which has been hosting cycling events since the 1930s. This is where you’ll find the iconic Wembley Stadium, the largest soccer stadium in England. You can check out the local government’s website to plan your own Brent cycling route via Cyclestreets.

The Houses of Parliament, Trafalgar Square, Westminster Abbey, Covent Garden, Chinatown and all of the other popular London hot spots look very different at night, which makes for a great alternative bike tour. If you don’t have night biking equipment of your own, make sure to ask the touring company if they provide helmets and lights.

This is a guest post by writer Jennifer Birch.